Music as the expression of collective intelligence.

« Music can be seen as the manifest of a collective strategy of existence, the vehicle of multiple languages .

Meeting those musics, undestanding them and exchanging through them helps to preserve the beauty and the multiplicity of the world ».

The four causes that he defends : 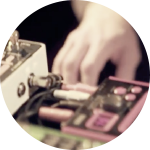 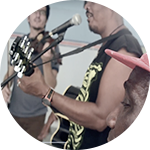 Shedding light
of the diversity
of cultures throught the word. 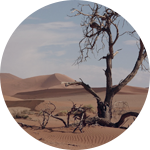 Making people aware
of the necessity
to respect the planet 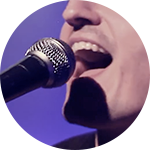 YGP is a violonist and vocalist basically coming from the jazz tradition as well as the musics of improvisation. He has chosen to put his instrument at the service of the values that drive him.

He has learned and mastered the techniques of classical violin on his own. He has then taken on experimenting other musical aesthetics : world musics, electro, in order to create a world of his own, typical of his own sensitivity and involvement.

As a singer, he uses his voice of countertenor as an instrument, which can be altogether high pitched, sharp or crystalline, and which he uses to bear his words and defend the values that drive him. Through his voice, he bears out with a peculiar and expressive manner the value of respect that underlies all his work : respect of the planet and of the diversity of cultures.

His musical tale called La fabrique des nuages, aims at awakening the consciousness of the youth about the environment.

In Chansons by YGP, he keeps the French language alive by creating a musical and textual world of his own, just like a tale. He expresses his belief that languages are one of the foundation stones of identity.

In all of his projects, YGP expresses his will to defy habits and his inclination for musical, technical and technological innovation. In that perspective, he creates a musical lab : the Jazz Quartet « S ».

Because of this longing for new horizons and his craving for diversity, a new form of show has arised. The Transcontinentals (TNL’s) start with a long immersion during which YGP creates the encounter with traditional musicians which gave birth to the writing of a dialogic show between his own world, the electro jazz culture, and the music of other fellow humans, whose peculiarity he likes to underline and put forward.

From the frenesy of violin of this « Jimmy Hendrix » was born a polymorphic work open to various kinds of public.

YGP’s high artistic requirement and curiosity have lead him to develop different skills :

In short, he is the « creator of inovating national as well as international concerts and shows ».

His work contributes to the weaving of a strong relationship between all living creatures. He draws us to the discovery of others in its more subtle nuances. His words step out from a world based on consumerism, binarism and fond of caricatures.

Through music, YGP tries to create an emotion that may open the way to reconsidering ideas about the world and to overcoming preconceived ideas, thus calling us to free ourselves from the dictatorship of a fantasized reality.

He has the strong belief that music stimulates intelligence, which he sees as being collective. In his own ways, he shares, tells us stories, adds to them and deciphers.

– With the support of Fondation Beaumarchais 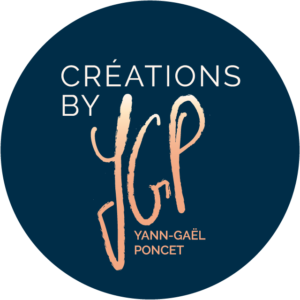 REGISTER INTO THE NEWSLETTER