« The tree is the main tool for reclaiming the world » 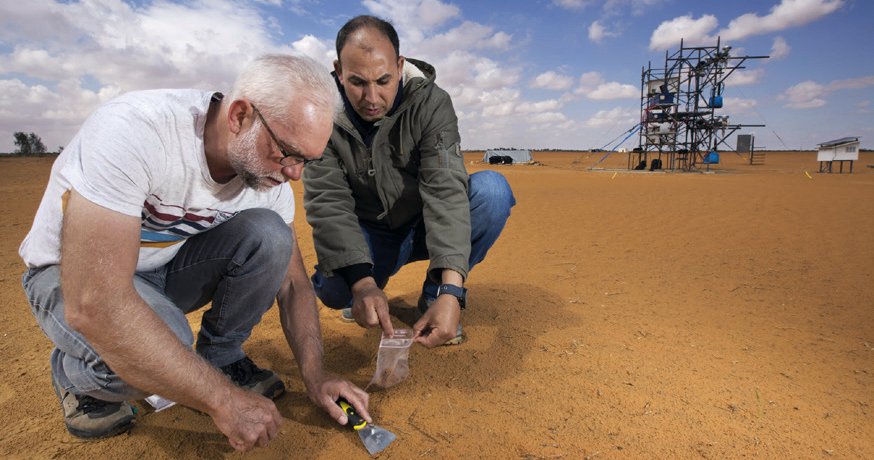 On the experimental piece of land of Dar Dhaoui, in South Tunisia, a researchers of the Institut des régions arides (IRA) are collecting the first millimeters of soil in order to measure the level of humidity after rain, as part of the project « WIND erosion in presence of sparse vegetation » financed by the ANR  IRD/IRA/ Christian Lamontagne.

Along every of his projects, YGP defends a great cause. With the projects « Transcontinentals by YGP » (TNLs) he has defended the respect of cultural diversity as well as of the environment (« TNL Calypso » and « TNL Charango »). Today, he is most particularly interested in the phenomenon of desrtification which, in his eyes, constitutes a central issue and is intimately linked with living together.

During one of his immersion trips in 2017, YGP has been able to measure the importance of reforestation in the regions concerned by déforestation. Therefore, in the context of the next TNL, he has opened a dialogue between the musics of the Maghreb and French electro-jazz. The sounds for the electro have all been collected in the desert, in Tunisia as well as in Marocco, creating a peculiar world of sounds of its own.

From his curiosity about the solutions that emerge from scientific studies on this subject, he chose to make the tree the symbol of his third TNL : the « Transcontinental Shajara ». It has been thought as the symbol federating human beings, a junction where culture and nature meet and are reconciliated.

The main researchers in this domain also see it as the « main tool for reconquest ».